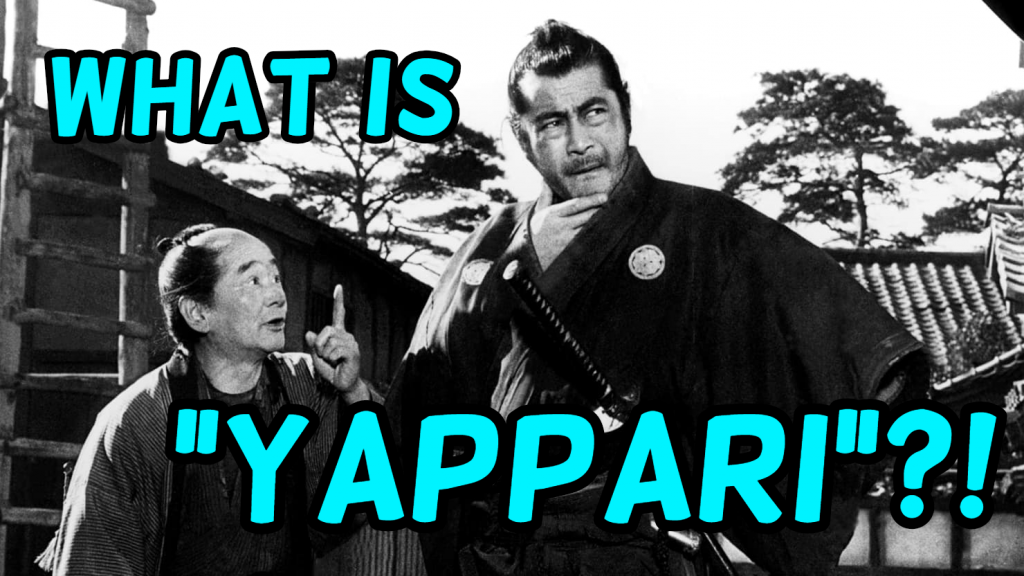 Have you been scratching your head trying to work out what “Yappari” means? Well, scratch your head no more! In this podcast Ami sensei and I (Alex) attempt to explain what Yappari means. We teach you the three main meanings of Yappari and how to use it naturally and fluently in conversation with your Japanese friends. For more information keep reading, listen to the podcast and download the show notes.

What does Yappari mean?

One common use of yappari expresses the fact that your assumptions or predictions were proved to be correct. It also means you were not surprised by a particular outcome. It might be translated into English as “I knew it”, “As I suspected…” or “…but of course…” Another way to think of it is as a phrase that emphasises IS or WAS, as in “It WAS you” or “He IS the culprit!”

Here’s an example of how it can be used in conversation.

Here are some other examples that express the yappari in the same way.

I thought he was the criminal, and I knew it, he was.

I tried one more time, but as I suspected, it was impossible.

I knew it, she didn’t come.

Another use of yappari emphasises the strength of your opinion. For example, I really do think that something is true. やっぱり温泉が好き Yappari onsen ga suki means I really do indeed love hot springs. English translations might include “indeed” or “of course”.

Note: In this conversation we have two different examples of how yappari is used. Yappari onsen ga suki is the 2nd use of yappari which emphasises the point that the speaker does indeed like hot springs. After Ami says she likes Takoyaki, the reply is yappari which in this case is means “I knew it” as we learned with dialog 1.

Here are some more examples of how yappari is used to mean “indeed” or “of course”:

Of course, you have to study Japanese everyday.

If you are talking about Japanese food, of course it’s gotta be Sashimi.

The final use of yappari is used when you change your mind. It means something like “Ah, you know what? I changed my mind” or “Actually, let’s not”. Here’s an example in dialog form:

Here are a couple of other examples:

I give up. You know what? I’ll try a little more.

Random Phrase of the Week

In every podcast we tech a random phrase to amuse and delight your Japanese friends. Here is this week’s random phrase:

That TV program is so funny.

That comedy duo is so funny.