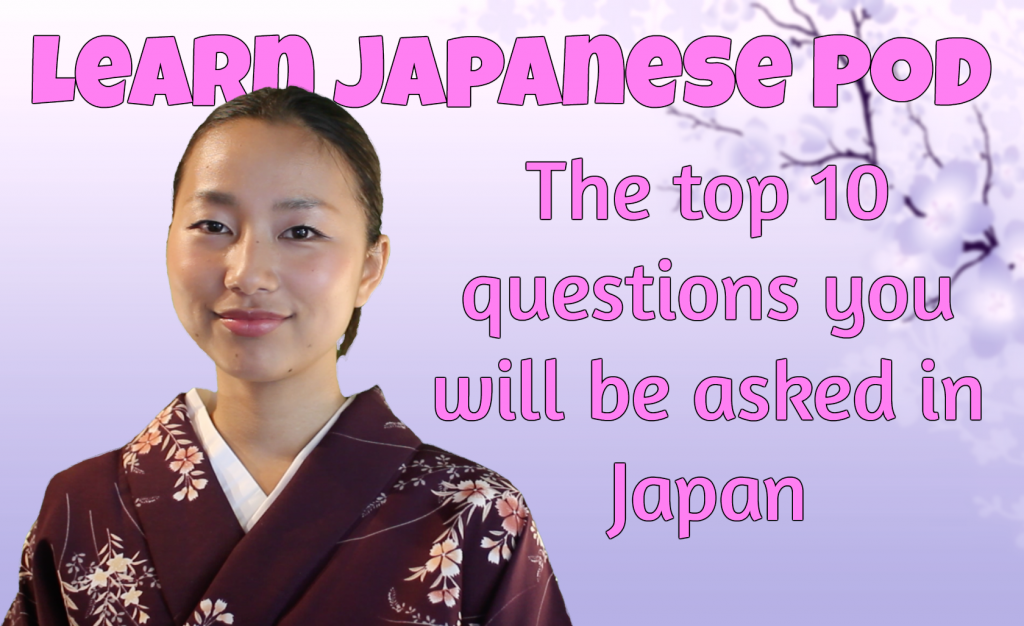 The Top 10 Questions you will be asked in Japan

After living in Japan for over 20 years as a foreigner, I have noticed a clear pattern of questions I am often asked. As well as being very hospitable, the Japanese are inquisitive people who are genuinely interested in why people visit or live in their country. Therefore students of Japanese who are planning a trip to Japan will find it extremely useful to study those questions and how to answer them in Japanese. In this podcast, Ami Sensei and I go through the top 10 most common questions Japanese people ask and the cultural reasons behind them. So if you are slightly surprised or shocked by what you are asked, it’s usually due to a cultural difference which we discuss in the podcast.

Typical Questions you will be asked by Japanese people

1: お名前はなんですか Oname wa nan desu ka – What is your name? 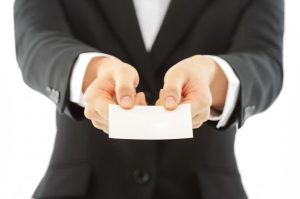 Although obvious, this is the first question you should learn. To reply, simply say your name + desu. アレックスです – Arekkusu desu – I am Alex. The other thing you should keep in mind is that Japanese say their surname first and first name last. So, if you want to say I am John Smith you would say スミスジョンです – Sumisu Jon Desu.

Finally, saying your name using a Japanese accent or Katakana sounds might will make it a little easier for Japanese to understand you name.

2: お国はどちらですか Okuni wa dochira desu ka – Where are you from?

Japanese people are always very interested in where you are from. To answer this question you could simply say アメリカです Amerika desu – America or イギリスです Igirisu desu – The UK. You can also say アメリカから来ました Amerika kara kimashita – I come from America.

3: お仕事は何をされていますか Oshigoto wa nani o sarete imasu ka – What do you do? 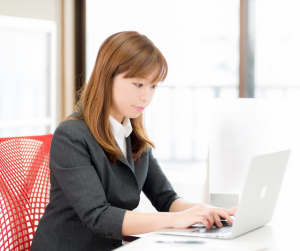 This is a very common question that might be asked anywhere in the world. However, there is an added cultural dimension to this. When meeting people for the first time, Japanese people tend to ask questions that give them an idea of the social status of the person they are speaking to so as to communicate with an appropriate level of politeness or respect. To answer this question simply say your job + desu. For example 学生です Gakusei desu – I am a student.
サラリマンです Sarariman desu –  I am an office work (only for men). Women might say OLです – Oh Eru desu – I am (a female) office worker.

4: なんで日本へ来たんですか Nande nihon e kitan desu ka – Why did you come to Japan?

This is the perhaps the most commonly asked question foreigners get when visiting or living in Japan. In fact there is a very popular show on TV entitled “Youは何しに日本へ” You wa nani shi ni nihon e – Why did you come to Japan?

Japanese people are fascinated in why people take the trouble to travel to Japan. Perhaps this is something to do with the fact that Japanese people are interested in how their country is perceived abroad and what might be interesting or attractive to foreigners. When replying say your reason + tame which means the reason why you did something. For example:

This is one of those questions that some visitors to Japan might find a little surprising or rude. However, when Japanese ask what your age is, what they are really saying is “I want to know your age so I don’t speak to you with an inappropriate level of politeness”. At the same time, you are under no obligation to give your age if you feel it is too personal. Deflecting with humour usually works and you can say something like 秘密です Himitsu desu – It’s a secret.

If you don’t mind giving your age, say your age + sai desu. For example ２５歳です Nijuugo sai desu – I am 25.

For a cosmopolitan westerner who is used to eating Chinese or Vietnamese food at home, you might be surprised if Japanese people ask you if you can use chopsticks. Your answer might be a slightly irritated “Well of course I can dammit!”. However, Japanese are trying to be polite and are showing you their hospitality in making sure you don’t have any problems with their food. 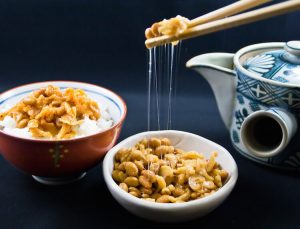 If you didn’t know, natto is a Japanese delicacy which is made from fermented beans. It has quite a strong smell which can put off people new to the food. But don’t worry if you don’t like it, don’t worry, it’s one of those foods that divides Japanese people into natto fans and natto haters.

9: 日本ははじめてですか Nihon wa hajimete desu ka –  Is this your first time to Japan?

10: 苦てな食べ物はありますか Nigatena tabemono wa arimasu ka – Are there any foods you can’t eat? 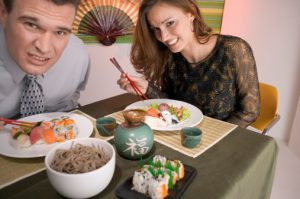 Again, Japanese people are obsessed with food which is good news for you because you will eat in some amazing restaurants. The Japanese are also aware that some parts of their cuisine including natto or raw fish might be difficult for foreigners to eat. Japanese like to make sure their guests are comfortable and so it is common to be asked what foods you can and can’t eat.

If you have no problems with food you could answer 特にないです Toku ni nai desu – Nothing in particular. If there is a type of food you can’t eat then use the same pattern as we learned for not being able to eat natto: 納豆食べられません Natto taberaremasen or perhaps 肉食べられません Niku taberaremasen – I can’t eat meat.

And that’s it! If you have any interesting experiences being asked questions by Japanese people, leave a comment below!